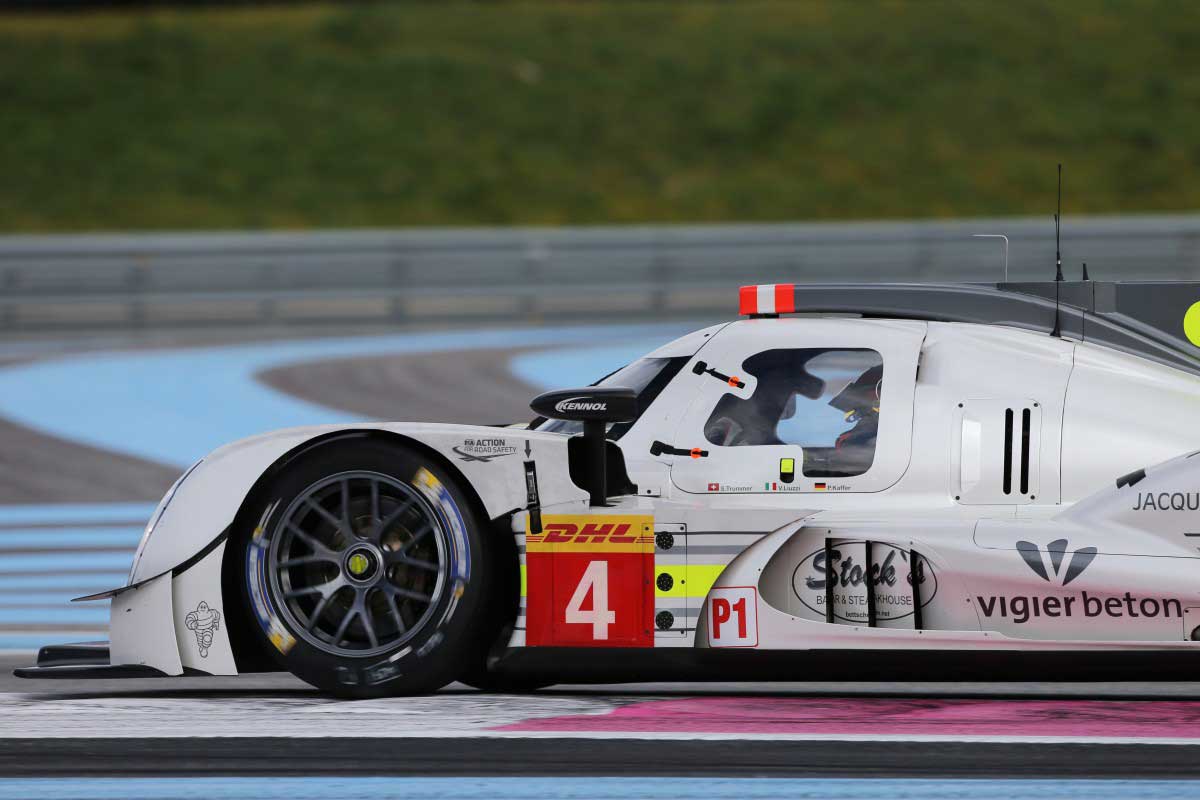 Determined to take the most from the team’s debut at Silverstone, ByKOLLES RACING has instigated a number of major updates to the CLM P1/01 ahead of the second round of the FIA World Endurance Championship on Saturday (2nd May) in Belgium.

The iconic 7km long Circuit de Spa-Francorchamps plays host to the second leg of the FIA WEC over the course of three days kicking off on Thursday with free practice, qualifying on Friday and the race itself on Saturday from 14.30 (CET). It’s a well known fact that Spa is a driver’s track and with 20 turns spread out over the course if the track and plenty of room for action, it’s easy to understand why the world’s best drivers love to race there.

Commenting on the race ahead, ByKOLLES RACING Director of Operations, Boris Bermes said: “The team has worked extremely hard over the past two weeks and the results of our shakedown on Friday (24th) were very positive, the upgrades we have made to the car have made an encouraging difference to the performance. As the last event before the 24 hours of Le Mans, the race in Spa is really important to us, we want to be as strong and as consistent as possible. The track is loved by drivers and fans so we always enjoy racing in Spa, the one major factor which we have no control over is the weather, historically bad weather has a huge impact at Spa especially when it rains! At the moment the outlook is dry but cold, let’s hope it stays dry at least.”

ByKOLLES RACING driver Simon Trummer said: “I just love Spa, I have had so many great experiences there, just to drive the track is a major highlight for me. I was pleased with my personal performance at Silverstone, I was consistent and I know where I need to make improvements in Spa - most of all I’m really looking to driving the car with the updates, it’ll be interesting to see our performance there.”

Tonio Liuzzi, also a fan of the Belgian track, commented: “Spa is the best circuit in the world! It has a superb mix of slow, highly technical areas and extremely high speed areas, it’s unique and a really special location to race. Winning at Spa is the most amazing feeling, I tasted victory there with touring cars so it has a special place in my heart. I’m glad we have ironed out some of the issues we experienced in Silverstone and I’m really looking forward to getting the most out of the updated car and hopefully closing the gap on our main competitors over the coming days.”

After a successful last minute draft in Silverstone, ByKOLLES RACING is delighted to welcome back former F1 driver, Austrian Christian Klien for Spa. Christian and Tonio raced together previously in F1 for Red Bull Racing so there’s no shortage of chemistry and team spirit between them.

Speaking ahead of the event, Christian said: “I had to learn fast in Silverstone as it was the first time I’d experienced the CLM P1/01 and, although I have a huge amount of LMP experience, each car is different. That aside, I got to know the car very quickly and I drove the shakedown last Friday in Germany so I know that a number of significant improvements have been made. Personally, I think the car will thrive at Spa, the challenging track style suits it much better. I really enjoy racing at Spa, I scored my first F1 points there and I won the 1000km event with Peugeot Sport LMP1 back in 2009. It’s a pure drivers track, it’s extraordinarily challenging and it takes everything out of you, I’m really pleased to be driving for ByKOLLES again and I want to thank the team for the trust they have placed in me.”